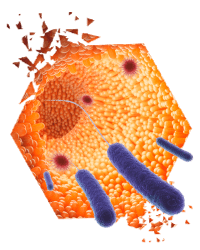 In this article, we discuss the structure of endotoxins and their effects on animals, as well as the keys to prevent their absorption and their negative effects.

Feed ingredients and animal feed can be contaminated with various chemically and biologically derived residues, including dioxins, heavy metals, microbes, endotoxins, and mycotoxins. Among these contaminants little is understood about endotoxins. In this article the following areas on endotoxins are covered:

1. Endotoxin structure and effects on animals 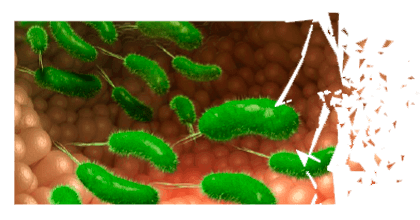 Endotoxin structure and effects on animals

⇰ Endotoxins are not inherently toxic per se in the same way that exotoxins. However, they induce strong inflammatory responses that can damage the host and may even be lethal.

⇰ Endotoxins are released into the environment when the bacteria multiply or when their cell membranes rupture through bacterial lysis. 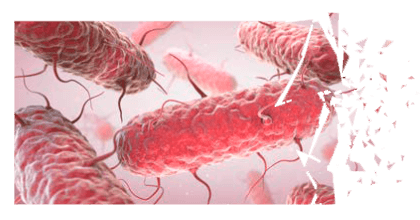 Alterations to the Lipid A may allow pathogenic bacteria to evade the host immune response.

Both, endotoxins and exotoxins are potentially hazardous to cell cultures, animals, and humans, though they elicit their effects through different mechanisms.

Exotoxins are potent toxic substances, usually proteins, secreted by bacteria and released outside the cell.

⇰ They have direct toxic effects on host cells, including cell lysis and disruption of cellular metabolism.

Endotoxins are glycolipid components of the cell wall of the bacteria and are not secreted but shed during bacterial growth or lysis.

⇰ They are not directly toxic to cells but can induce harmful immune responses when they enter the circulation that may result in organ damage and death (sepsis).

Exotoxins are usually destroyed by heat whereas endotoxins are heat stable (high temperatures ~200°C for 60 minutes may destroy endotoxin structures and must be used to ‘depyrogenate’ the equipment).

Exotoxins are highly antigenic and elicit a stronger antibody response than endotoxins. In fact, denatured exotoxins (toxoids) may be used to develop vaccines.

Endotoxins are present everywhere in the environment: in the air, the water, soil and in the gastrointestinal tract of animals.

Protecting all livestock from their harmful effects should be a priority for everyone from feed to farm. Via feed, livestock are constantly exposed to endotoxin-containing Gram-negative bacteria.

⇰ In 1994, the FDA tested 89 finished feed samples collected from feed mills and from farms where animal feed is mixed and found that 25% of the samples were contaminated with S. enterica.

Common symptoms in livestock are sudden death or nervous symptoms, such as blunting, staggering, ataxia, subcutaneous oedema particularly in nose, ears, eyelids, and larynx (squeaky voice). Therefore, measures should be taken to effectively remove or detoxify endotoxins before they can reach the blood circulation. 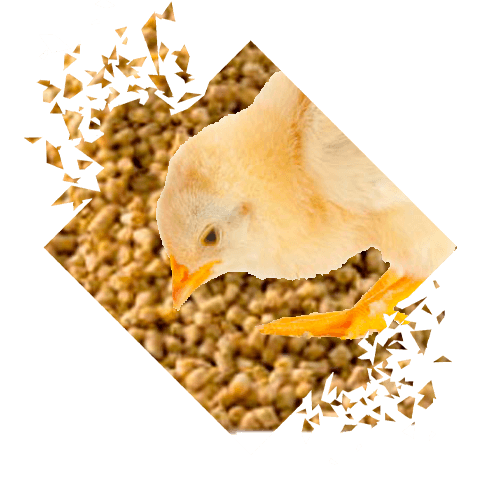 In production animals the gastrointestinal tract is the main risk site where endotoxins can be transferred from the lumen into the bloodstream, where they exert their harmful effects.

In healthy animals, the permeability of the gut is tightly controlled.

The gut barrier is composed of gut epithelial cells (enterocytes) which are connected by tight junction proteins.

⇰ This keeps endotoxins on the luminal side of the gut where they are not toxic to the animal.

The immune system constantly ‘senses’ these endotoxins by specific receptors (TLR-4) present on the membrane of enterocytes.

⇰ In conditions of good gut health, this is one of the mechanisms that help protect the animals against the constant threat of endotoxins.

Several external factors are known to increase gut permeability. Furthermore, a disrupted gut barrier is characterised by a higher number of TLR-4 receptors due to excessive triggering of the immune system. Altogether, this promotes leakage of endotoxins into the bloodstream (Figure 2).

Figure 2. Transfer of endotoxins from the lumen into the bloodstream (Adapted from Endotoxins – A constant threat – All About Feed)

In ruminants, the translocation of endotoxins into the blood circulation can also take place across the rumen epithelium. This epithelium has a multi-layer structure and is covered by keratinised cells, which act as a protective barrier.

Moreover, TLR-4 receptors are also present to protect the animal against endotoxins. However, a low ruminal pH and a high osmolality reduce the epithelial barrier function and increase endotoxin translocation from the rumen into the blood. Moreover, physiological stress and exposure to materials which damage the epithelial layer (such as mycotoxins) increase gut permeability and allow translocation of large amounts of LPS.

The physiological consequences of the presence of endotoxins in the bloodstream (endotoxemia) are quite complex.

LPS act as a signal of infection, stimulating a vigorous inflammatory response which leads to the pathological effects of this molecule. Responses to LPS include:

In the blood, LPS can form a complex with the LPS binding protein (LBP) which facilitates transfer of LPS to TLR4 to initiate the signalling cascade leading to activation of inflammatory genes.

LPS stimulates the synthesis of lipid mediators from membrane phospholipids including PAF (platelet-activating factor). PAF has many pro-inflammatory effects on blood vessels and airway cells. 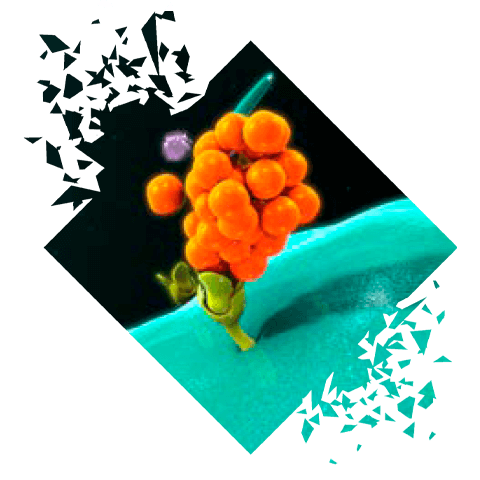 Activation of the Complement system

LPS activates the Complement system – a series of plasma proteins that normally protect the host from pathogens by inducing an inflammatory response, binding to pathogens to aid their removal by phagocytes and forming a membrane attack complex (MAC), which perforates the membranes of pathogenic bacteria.

Dysregulated activation of Complement, by large amounts of LPS, will cause damage to host cells and tissues.

Sepsis may manifest as:

Sepsis with a profound hypotension is described as septic shock and carries a high mortality.

If an animal is continuously challenged with endotoxins, a condition of endotoxin tolerance and compensatory anti-inflammatory response syndrome (CARS) can appear.

This consists of a state of hyporesponsiveness characterized by reduced capacity of immune cells to respond to inflammatory stimuli, particularly those initiated by LPS. Such depression of the immune system leaves the animal exposed to the actual pathogens.

In endotoxin tolerance, extensive reprogramming termed as “innate immune training” leads to modifications of the intracellular components of TLR signalling and also to alterations in extracellular soluble mediators.

How can we mitigate the effects of endotoxins?

Different strategies can be implemented to minimise the occurrence and effects of endotoxins in animals:

1. Vaccines with endotoxin components. Lipid A has been used experimentally to obtain vaccines for protection. However, due to structural variability, protection from antibodies cannot be guaranteed. In addition, the big drawback is the high cost of production.

2. To prevent the impact of endotoxins when applying bacterins, it is critical to follow the recommendations on the application of vaccines issued by the manufacturing companies.

An additional benefit of these binders is the adsorption of mycotoxins that are frequently present in feed and can contribute to the alteration of the gut permeability of livestock allowing translocation of LPS. Trials correlating the use of mycotoxin binders with disease rates and outcomes should also be carried out.

Minazel is a product based on Clinoptilolite (zeolite).

Minazel Plus is produced by Organically modified Clinoptilolite (zeolite).

MycoRaid can bind 99% of Pseudomonas aeruginosa endotoxins, 92% of E. coli K1-2 and 74% of Salmonella enterica endotoxins.

Minazel can bind 57% of Pseudomonas aeruginosa endotoxins, 35% of E. coli K-12 and 100% of Salmonella enterica endotoxins.

Minazel Plus can bind more than 88% of Pseudomonas aeruginosa endotoxins, 100% of E. coli K-12 and 75% of Salmonella enterica endotoxins. 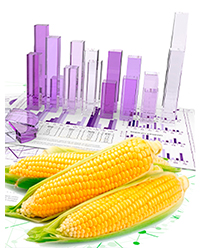 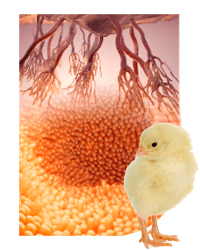 The effects of mycotoxins on poultry intestinal health 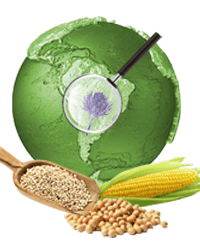